Published by Stefan Engeseth on december 11, 2005

Slite-bio at cinema in Gotland (Sweden). This cinema have lost 40% of the young audiences. In an attempt to get young people to the cinema they are offering them half price on the new film The Legend of Zorro if they have an illegal download with them on DVD. We hope that the police don’t show a 2-year long movie after Zorro.

Wouldn’t you bee a great Zorro?

The business evolution of cinemas has to see that this generation is interactive and cannot be passive for 2 hours. Why not offer an interactive cinema? Why not let the audience act in the movies in front of the big screen?

Maybe the music industry could do the same with concerts? Download the music it and see the band live for half the price…

Passion with out Mondays

Published by Stefan Engeseth on december 6, 2005

I am trying to live by m rule 7 days a week. “Passion with out Mondays.” Passion and business is ONE thing for me. There are companies using the word passion: Brussels Airlines claim to be ”passionate about you”. But why did I not feel the passion as a consumer? Probably for it was an only word.

Nudie Foods in Australia has integrated the customer into the company to such an extent that the boundary between company and customer has become less important than sharing a passion for doing something different and meaningful together. The magnetism between the two keeps the passion alive. That means more than words flying in the air. I don’t like it. I love it.

What means passion in business for you?

Read ONE press clip in A3 size

Published by Stefan Engeseth on december 5, 2005

The ONE book is in one of the words best branding magazines: Contagious Magazine!
Download and read the article here (PDF).

Get close and see more

Published by Stefan Engeseth on december 3, 2005

The closer you get to your costumers the more you see. Here is some great photos of how consumers look in Finland.
How close is close?

Published by Stefan Engeseth on december 2, 2005

It is beautiful words full of instinct and hope. Therefore I find it a bit strange when Chairman and CEO, Phil Condit at The Boeing Company use the same words to pimp the war industry.

Is FAKE a good brand name?

Published by Stefan Engeseth on december 1, 2005

More and more brands are having the name REAL as a part of there brand name. I think it is more real to say it is fake. Only then would I as a consumer believe it to be a “real” from the beginning.

Some values to put in the FAKE brandbook:
• What is real and what is fake?
• Fake is real in a fake world.
• Fake is business.

The brand name would create strong word of mouth “a real FAKE?” Where did you buy that shirt? “It’s a FAKE I mean it’s a real FAKE.” “My girlfriend/boyfriend don’t need to FAKE it just wear it!”

If reality is fake and illusion real, which one is the original?
Do you own fake brands and are they feeling real?
Don’t take me wrong, I like when things are for real…

Culturestones – Things that last over time

Published by Stefan Engeseth on november 29, 2005 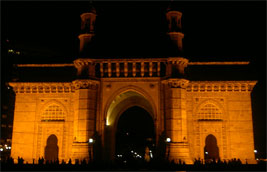 Back in the days when Englishmen colonial India, at that time does culture could not been more different than they where for each other. They influence the India culture with their way of being (they even got them to play cricket). Today Indians say that the English part of their culture is disappear more and more. And ones again the Indian culture is taken over its culture again. Still there are English tracks that always will be a part of India culture like the Gateway of India in Mumbai/Bombay (se photo above). Stones will always be around, that’s why I call these manifestos for “Culturestones.”
Same thing is happening with corporate cultures when they do fusions. When different culture combines in corporate fusions like Air France and KLM ore DHL and Dutch Post what are there Culturestones that will last forever?
Today cricket has gone from a sport to a religion in India; it has become fare stronger part of the India culture than it is a part of the English culture. Differences in cultures can be strong as stones when they become rituals and manifestos as a part of the new culture.
Where is the Culturestones for your company? And can you share them with your consumers? How can consumer value and relations be Culturestones? Witch is the most different combination of corporate culture you can think of? Cricket is ONE with India what else will be it over time in a corporate fusion?

The grass is always greener on both sides of the hill

Published by Stefan Engeseth on november 28, 2005

In my first book Detective Marketing, I did write: “The grass is always greener on both sides of the hill.” Today is consumer power growing so fast that I would like to ad “grassroots don’t mind the hill.”

Published by Stefan Engeseth on november 27, 2005

If you sell cameras, for instance, you’ll sell more close to where there’s something to photograph. Kodak should really create more Kodak moments: the Spanish steps in Rome, the Eiffel Tower… A tourist destination is rated by the number of photographs taken by tourists, which drives story-telling back at home. India doesn’t have that problem the whole nation is like ONE big Kodak moment. On my first trip to India I did shot 500 photos in Mumbai. Here they are some of them. 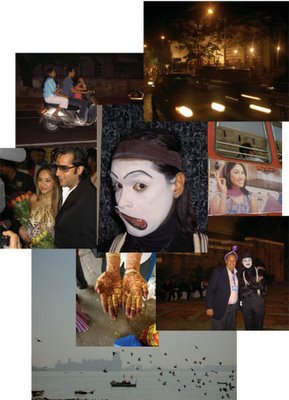 How important do you think the numbers of photos is for buzz and storytelling for the marketing of India?

If a picture says more than 1000 words, how will you target then to take does pictures?

What is it good for? Absolutely nothing!

Published by Stefan Engeseth on november 26, 2005

Exactly that is the feeling you get as a consumer, when you give positive feedback to companies. They only respond on feedback to consumers that are not satisfied.

When companies only give unsatisfied consumers good feedback
they create a negative ground for their corporate culture.

If the customer is not let inside, there is a risk that he may force his way in as a “Trojan horse” employee. Disloyalty can cause incredible damage: program code can be posted on the internet, blueprints can be spread across the world, new films and games can be leaked well before their premiere. Disloyalty can take every so subtle forms as well. How many times have you gone into a store to be told by an employee that the “other store” had a better/cheaper product? Dissatisfied customers can be expensive for everyone, especially if they work for you.
How can companies get ONE into the corporate DNA?
How can a satisfied customer recruit others?