Published by Stefan Engeseth on december 31, 2011 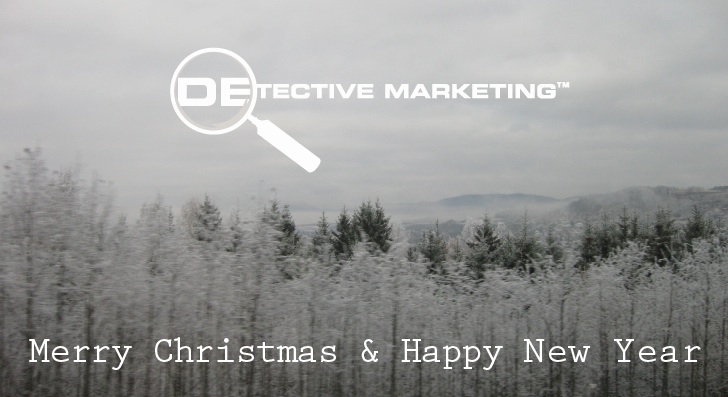 Happy New Year. In 2012 will I release my fourth book.

Published by Stefan Engeseth on december 29, 2011

Just about everything in our created world is only a few generations old.
Seth Godin, It’s always been this way.

Published by Stefan Engeseth on december 25, 2011

For me christmas is about sharing photos. I did sign up at Flickr and started to share some of my photos with you. Check out my Flickr-time.

Merry Christmas to you and 60 millions on Flickr.com.

Published by Stefan Engeseth on december 21, 2011

According to information from University of Bristol, can now science predict hit songs:

The team found they could classify a song into a ‘hit’ or ‘not hit’ based on its score, with an accuracy rate of 60 per cent as to whether a song will make it to top five, or if it will never reach above position 30 on the UK top 40 singles chart.
University of Bristol

Is possible to predict hits in the UK singles charts. We’ve come up with a system for working out which songs are more likely to ‘make it’ in the charts, and also the features which make up the perfect hit.
Scoreahit.com

Interesting science. Many of the science persons where tittle Dr, I think they should have included some tittle Dj to mix hard facts with more soft emotions, in order to understand whats really makes people get up and dance.

Published by Stefan Engeseth on december 15, 2011

Last week in London, I attended a concert with Korean pop (K-pop), it was different, a United Cube concert with different artist. In a world where most music, brands and products are similar trendsetters look for uniqueness to set the standard for tomorrow. For me this concert was more than different. The music, the dance and the performance was like a melting pot off everything in the world from Bollywood to science fiction and spiced up with talented Korean artists.

Watch this video filmed by a fan and showing thousands cameras sending the concert online to friends and fans all over the world. Onstage is the Korean artist Hyuna performing her Bubble pop.

The whole concert was like a YouTube event – never seen so many cameras live. When will brand performance become as unique as K-pop – worth filming and spreading?
Thanks to Martin and Jennifer for introducing me to K-pop.

Published by Stefan Engeseth on december 6, 2011

Trendgalan is a yearly celebration to good business and good business people. There will be many speakers within different areas of business present their cases of success, holding their speech in an speed format of 10-15 minutes (this year I will try to hold my speech in the time limit).
This year’s theme is creativity. The organizer Maria Forssén of So Stockholm finds creativity to be the new process of business.

Don’t miss the panel debates, one upon economy and new business featuring Douglas Roos, a serial entrepreneur and the social media panel, featuring the online manager of
Electrolux, Carola Lundell.
Maria Forssén of So Stockholm

The Machine-to-Machine business field will explode in the future

Published by Stefan Engeseth on december 3, 2011

The Machine-to-Machine business field will explode in the future.
Head of Communications Bengt Olsson, TeliaSonera

Published by Stefan Engeseth on november 29, 2011 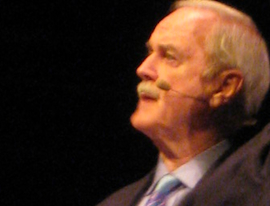 Last friday I attended at lecture with legendary comedian John Cleese who is a creative mastermind. He is not the kind of speaker that has taken creativity lightly, instead he goes deep into the dark which seems to inspire his creativity. My three favorite quotes from his eminent lecture, which I believe can be used as a recipe for finding creativity:

• Tolerate confession.
• Pressure is what kills us.
• Dealing with feelings.
John Cleese
Quote from his speech at The Inspiration Day by Ekvilibrium (25/11/11).

Paint a picture of the brand, with the consumer

Published by Stefan Engeseth on november 1, 2011

Paint a picture of the brand, with the consumer.
Legendary Professor of Marketing Kevin Lane Keller
Above is an quote from his speech at legendary Tendensdagen 2011.

Published by Stefan Engeseth on oktober 7, 2011

Creative geniuses like Steve Jobs cannot just leave us (1955-2011).
His creative legacy will forever keep making the world spin in new directions.
I did bought my first Apple computer Plus back in 1986/87, and since then I have had a dream to interviewing Steve Jobs. Since this creative genius is amazing in finding solutions, I plan to hold the interview in iHeaven. But before that will happen, I hope that Apple creates space for Steve Jobs in their iCloud so we all can hang out with Steve Jobs forever.