Published by Stefan Engeseth on november 25, 2005

This show is not for kids, more for wild animals. You most check out this film clip. Probably the show is not maybe for your kids.

Why some say no to ONE

Published by Stefan Engeseth on november 24, 2005

Many CEOs say “ONE sounds great, but we have so much work to do just trying to live up to our promises to the consumer that we can’t afford to think about the future or taking the next step with our customers.”

A company that produces its products and services together with the company can spend less time and money on fighting to maintain its image and more time making the right friends. There are a number of good cases of large companies moving into the right neighbourhoods. Proctor and Gamble have literally moved into Spanish-speaking and black neighbourhoods in the US to develop products that meet the needs of the people who live there.

When I lecture or take consulting assignments I ask people who are sceptical of ONE a simple question: “Tell me the names of your 5 most loyal customers.” Ninety-nine times out of a hundred they have no answer.

Then I say: “In a tough neighbourhood, you wouldn’t last a week without knowing who your friends are.”

Fortune Magazine on Hollywood vs. Bollywood

Published by Stefan Engeseth on november 21, 2005

Read Y.A. Pitalwalla article Hollywood vs. Bollywood in Fortune Magazine. The reporter has a great feeling for combing numbers with the fact that Bollywood is developing fast. Personally I think it will explode when stars like Julia Roberts, Brad Pitt and and some other Hollywood stars start to act in ONE Bollwood movie where both culture meet.

The export of Bollywood is going to get the rest of the world
more innovative and move their business. Only watch
ONE of their film and soon you will start dancing
in your next meeting or in the boardroom.

How you can start ONE newspaper today!

Published by Stefan Engeseth on november 19, 2005

A local newspaper should be as a mirror where consumers can see themselves. That is the reason why I like the name of the newspaper Mumbai Mirror.
But where is your ONE local mirror as a newspaper? And where is the New York Mirror, Moscow Mirror, Dubai Mirror, Stockholm Mirror and so on…
The local market is big and strong – who would like to use a mirror/media if they not can see themselves in it? Local media always attract local advertising funds too.
If you like to use a mirror where you can see yourself, then you should open your ONE newspaper today and start to develop the concept together with Mumbai Mirror. You can start by looking into their website/mirror.
Good mirror makes you look real.

Is design next step for China?

Published by Stefan Engeseth on november 18, 2005

Business Week (Asia edition) have “China design” as cover story.
Sony had problem to connect to young Chinese so they went out on the streets of China to get ONE with the consumers they wanted to connect to.

If the product is consumed on the street,
should not management be there to?

What else brands do you think is street smart?

Published by Stefan Engeseth on november 17, 2005 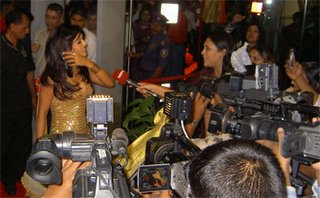 Published by Stefan Engeseth on november 16, 2005

Some thinkers will always be a part of eternity; Peter Drucker is one of them.
Sadly after 95 years he left this place on earth but others will procede his lifetime work.

At his last year I listened to Peter at one of his lecture and one of his messages was probably the best management advice I ever got and it will always be with me:

Published by Stefan Engeseth on november 15, 2005

Some consumers are saying that they “love to hate Proton” – this is not the sort of passion you want for your brand. Why not just be honest and tell the customers the truth. Why not ask them for their help to improve and make them believe in the brand again by becoming ONE with Proton.

Malaysia is in many ways one of the most beautiful countries in the world and its products should live up to the role of ambassador in the same way as Singapore Airlines does for Singapore. Proton should move their boardroom out into the breathtaking Malaysian countryside to stimulate change, to open the door for input from customers and to usher in a new era devoted to reaching new goals with customers, suppliers and employees. That, if anything, would inspire ”Creative Management”.

I am a big fan of Bollywood movies and Mumbai is the place where bollywood is located and where they make most of the movies. Maybe soon we will see the Worldwide CEO of Lowe doing some local Bollywood dancing with the billions of consumers in India (then he is doing “Bollybranding” as I call it).

Update Mars 1:
Some more to read about India/Bollybranding on this blog:
Bollybranding to Sweden
ONE lecture at The Advertising Agencies Association of India (AAAI).
Culturestones – Things that last over time
Fortune Magazine on Hollywood vs. Bollywood
Create more Kodak moments
DO OR DIE
How you can start ONE newspaper today!

When branding looks and feels great

Published by Stefan Engeseth on november 14, 2005

A branding magazine that looks as good as it feels. Take a look at their new site Contagious Magazine and check out the latest news on branding to get inspired as I do. One of my favorite authors Martin Lindstrom is writing for them.

ONE lecture at The Advertising Agencies Association of India (AAAI). It was hold yesterday in Mumbai, download it for Free!

Published by Stefan Engeseth on november 11, 2005 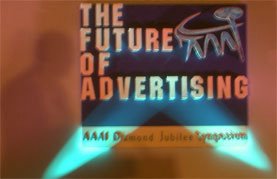 India is an incredible land full of incredible people. I had the opportunity to see most of them in the audience of AAAI yesterday. The audience consisted of 550 Indians. They were enormous enthusiastic about the ONE topic and the coming book. They where enthusiastic because of the fact that ONE is a solution for a big step that the evolution of advertising need to answer to:
The fact that consumers are saying NO to advertising. Millions of consumers are taking the matters into their own hands by literally turning off advertising. Digital technology such as Tivo is making it possible to remove commercials from the TV while similar technology is making progress removing advertising, pop-ups and spam on the web.
It is a problem that can be solve by an evolution step that is needed both from advertisers and consumers if they ever shall become ONE. That is the reason why the lecture was getting such a successful response.
The content of the lecture attracted a lot of media attention. I also got new requests about new lectures both through faxes and mails from companies and top Universities. I learned that word of mouth is incredible fast in India.
Update Nov 14: Media writing about the lecture and book:
Indian Television: Brands should involve, not hunt consumers
Exchange4media: Morning session stresses on the ‘Consumer Power’
Update Nov 23:
The Economic Times: Advertisers, agencies should become consumer centric
Impact: The Future of Advertising
Times Of India: The consumer train is powering ahea (pressindy.pdf)
Update Nov 25:

The ‘future of advertising’ is certainly vibrant and well with Stefan Engeseth´s ONE perceptive.
Advertising Agencies Association of India (AAAI)