Published by Stefan Engeseth on december 8, 2007

Did blog about the idea of Shitvertising, it is a global concept that now is to billboards in China.

This campaign for the Chinese Greenfamily Youth Association of Environment Protection brings a whole new meaning to the phrase “squat and squirt. Adrants.com

Published by Stefan Engeseth on december 6, 2007

Last evening on Swedish Television did show a shocking documentary called Granskning (checkup). It was about the Swedish retail super brand ICA. It was more than shocking that the pictures were from safe, clean Sweden. It did show how they systematically repacked meat that was old into new packed. Even the film showed when they dropped meat on the floor they still sold it. Old meet that smell badly did they do meat loaf on.
The same evening was a tribe group created on Facebook.com against ICA. Only in Sweden there is over 500.000 people involved as members in Facebook.

I did wrote an article for BrandChannel.com about ICA and the market situation back in 2003:

Sweden’s three dominant players, ICA, COOP and Axfood, account for about 90 percent of food retailing nationwide. Similar in offerings, ICA (a unit of the sinking Dutch-based international food retailer Ahold) hit upon an interesting concept to differentiate itself while still immersing the consumer in its products and services. BrandChannel.com

It doesn’t make any sense to me to pay millions to build a brand then kill it with greed. I have to say that the reporter of the documentary is Janne Josefsson he is a classic scandal reporter, who know how to deliver his point. His victims often have a body langue that looks like a video of Mchammer “U Can’t Touch This,” but Janne did touch the ICA. They don’t understand that their greed only results in making meat loaf of their super brand.

Who is President in virtual society?

Published by Stefan Engeseth on december 4, 2007

Who rules the virtual society and who takes responsibility for the good and the bad in a world without control?
AdvisoryBoard is now looking for the answer.

What’s IN it for me?

Published by Stefan Engeseth on december 3, 2007

Published by Stefan Engeseth on december 1, 2007

With new competition the sex industry needs to starts build brands and adding values like going green and saving the forest.

Published by Stefan Engeseth on november 30, 2007

Today’s toys create tomorrow’s bloggers. Here is a toy with functions that I think works as a private blog. Kids can write and paint only on the toy. The sell point to parents is “no mess,” for parents are that a “clean point.” “No mess” even cleans the kids stores from the product by increasing sells.

Its the activity toy for active, creative toddlers that allows them to make great art, over and over again – without the mess! Aquadoodletoys.com

This toy can be a good Christmas gift to get small kids to understand what blogs is about. Its always good to start early for kids are tomorrow’s bloggers. I think toys in the future will be more interactive than today’s toys.

Trendgalan an evening for the future

Published by Stefan Engeseth on november 28, 2007

Last evening I was the Trendgalan in Stockholm, this year was the topic Trends 2.0. A lot of the speakers where pointing out that Facebook.com and SecondLife.com cant go on being so hot any longer (because of the evolution system in trends). Something else has to come.
We may not understand it inside of Sweden but Sweden is a place where a lot of global trends start. That was the reason for why so many where speaking about China (not so creative in my opinion yet). 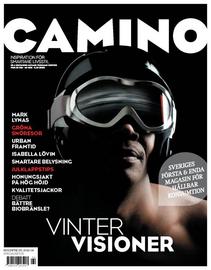 The award winner of Trendgalan this year was Camino Magazine. It is a Swedish magazine about social and environment questions for consumers and have a layout like a lifestyle magazine.
Trends in my interpretation a modern version of: “to be ore not to be” right now. A way to BE is to be NOT to be for a lot of people, and then you will become trendier. In other words a shortcut to be trendy is to do something a small number of people understand and a lot off people don’t like. It is sort of the evolution of differentiation, ore and modern version of finding a position for your brand.

Here is some of the speakers trend points: Geeks are cool. Green is cool. Blogs are and will be important trend builders. Weapons and darkness is not cool but are cool in design. Brands as Philips and Electrolux are learning how to interact with trends in 2.0.

Trendgalan was really good because of 90% person: Maria Forssén (she gives the name DOER an bigger perspective).

Here are some of the best of the speakers: Johan Stael von Holstein. Jonas Lindberg Nyvang, MySpacec.com. John Higson. Elin af Klintberg, Plaza Magazine. Mattias Miksche, Stardoll. Johan Wahlbäck, Singelringen. Gabriel Sundqvist, Pronto. And off course the artist Anthony Mills. Does speakers move so fast that I recommend you Google them to see where they are at the moment.

Published by Stefan Engeseth on november 27, 2007

I was at a Skype night in Stockholm; it was a lot of fun and function. It would be more fun to arrange a “Skype night disco.” The point in having it at nights is that then you can dance with somebody else on the other part of the world. Everybody how dance can do so with the other partner online on a computer/smart phone connected on a Skype call with music and monitor. It would not be hard to get a date site to sponsor the event. The question is how would you dance with at this first “Skype night disco” and when.

Why Nokias CEO are having Crackberry nightmares about Blackberry

Published by Stefan Engeseth on november 26, 2007

Blackberry is a smart phone so smart that consumers get addicted to it. So addicted that it got the nickname “Crackberry.” The rumour is that the product is so easy to get stuck to that best way to sell it is to let consumers borrow it then they will buy it direct and start spreading word of mouth about its usability. This off course is a dream scenario that even makes the Nokia, CEO, Olli-Pekka Kallasvou (Swedish link) having nightmares about how good the “Crackberry” perform on the market.
The company behind Blackberry that cracked the consumer code is Research In Motion’s.

I even have seen a guy reading email on his Blackberry when dancing with his date. It was on their first date but maybe their last.

Published by Stefan Engeseth on november 25, 2007

Have you ever tested how addicted to Apple you are? Did find this on a dating site (I was looking for an Apple).

Ever fallen asleep with your iPod on? Do you plaster Apple stickers to anything that doesn’t move? Did you upgrade to Leopard within milliseconds of its release? Chances are you’re addicted to Apple. Test the Apple Quiz.