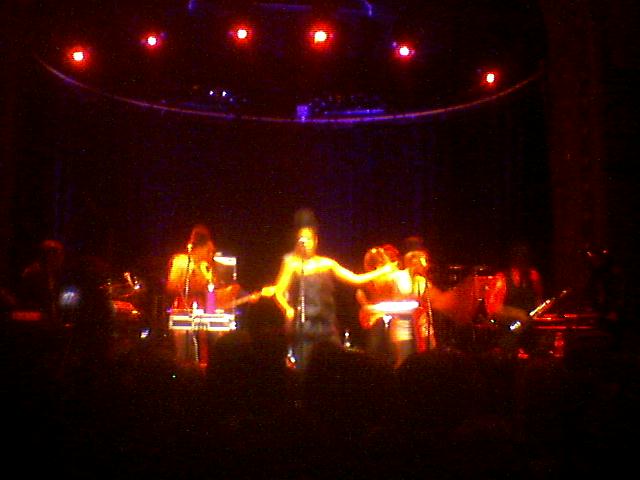 Erykah Badu would have made Steve Jobs dance al night in Stockholm at here concert last evening. Erica Abi Wright is more known as Erykah Badu that is here artist name. Last evening she was performing at Berns a place more like a castle, but she is the nr 1 soul queen so it was perfect. She is a bountiful artist that moves here art forward to a level that impossible for other artist to copy. The concert was one hour late but she gave one of the best concerts I ever seen and it was going on forever. I really don’t know why the band was so good (world class musicians). But they and Erykah did play on Apple computers. The way they was using Apple computers and showing the brand most mean that Erykah and Steve have been dancing al knight at least one time (maybe after his last key not speech).

I wont speculate in that. But Erykah was flirting with Internet the whole concert. She even sing a song about Internet and download, good job(e)  Steve Jobe. She posed for photos al evening and the so(u)ld out audience did take thousands of photos that today are spreading around at Internet and building the Word of mouth. My photo was taken with a mobile, so its not so good quality – but next time it has to be an iPhone I bring to the concert (think Steve will suggest that does how have an iPhone can stand in the front of the stage). Then I will do some iDance.